Would you know the difference between dry ice, smoke machines, haze effects and CO2 stage effects? This feature aims to help clarify and break down the differences of these types of production effects. We regularly receive requests from clients asking for an item, when actually they require something completely different to achieve the stage effects they are looking for!

Getting the right advice is all important to get the right stage effects for your show! This article will focus on explaining the differences and how each item is used. I will keep the article to the basic principles. If you need further information, we have technicians on hand who can help answer your questions.

Smoke machines create a cloud of smoke that lingers in the air. This type of machine is often used to accentuate lighting effects in stage shows. The smoke from one of these machines is created by the smoke fluid being pumped into the machine. It then passes over a hot plate which then vaporises into a white smoke.

This type of effect is being used less at live events as the smoke hangs in mid-air and can take a while to dissipate. You may also find that indoor venues prohibit their use as they can set off the fire alarm systems!

This effect is very similar to the effect from a smoke machine but is far more discreet. This is due to the fact that the particles in the air are much smaller. Most of the time you wont even spot the haze! However, you will once the lighting show shines through it. Haze is pretty much the standard for stage shows, concerts and for film and television.

For outdoor stage shows, this is perfect! However for indoor shows you will still need to check with the venue if it can be used. Like smoke it can trigger off the fire alarm systems, so check first!

When you are looking to create a spectacular/magical effect, dry ice is perfect when it is used properly in the right environment. Dry Ice is the solid form of carbon dioxide (CO2). When it is dropped into water, it creates a very dense smoke and has a tendency to fall to the ground. Dry Ice is extremely cold, under no circumstances should be touched with your bare hands. In fact it should only be handled by competent and experienced technicians.

You quite often see this type of effect on TV. However to create this effect on a large scale is not cheap as the dry ice material is expensive. Also to create the effect requires a controlled environment where the ambient temperatures are high and there is little air movement! The slightest breeze will blow the smoke effect away. One benefit is that as the smoke effect warms up it will disappear.

How often have you been at a show or music gig and seen large jet blasts of smoke on stage? These jets are created from CO2 which is released at high speed from gas tanks. They look spectacular, the effect is instant and the smoke effect disappears very quickly. This type of effect should only be created by experienced technicians that are used to working in live events. 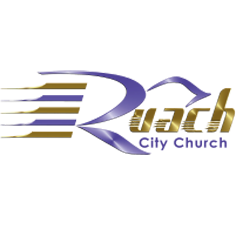