Our team were asked to create the wow-factor for a absolutely stunning Wedding to be held at South Lodge in Horsham.

Upon meeting with the event planner, the wedding design was to be elegant pleats in creams, champagnes & a touch of pink, with full technical production integrated into the design, but to almost hide the sound & lighting equipment.

The South Lodge Hotel is a 19th-century five star country house hotel set in Horsham, West Sussex in the south of England. In 1883, Frederick DuCane Godman began development on the original South Lodge modest dwelling in the same neo-Jacobean style as many other Sussex country houses of the period. Godman commenced the final substantial additions to the building in 1911 when the Drawing Room Wing was constructed. Winston Churchill was a regular guest to the house during his time in Parliament and to commemorate this the corridor through to the newly developed Sussex Wing from the Billiard Bar now marks the place where a lift used to take him up to the Elizabeth Le Bay room. During World War II South Lodge was used as a hospital and the country house opened as a hotel in 1985. 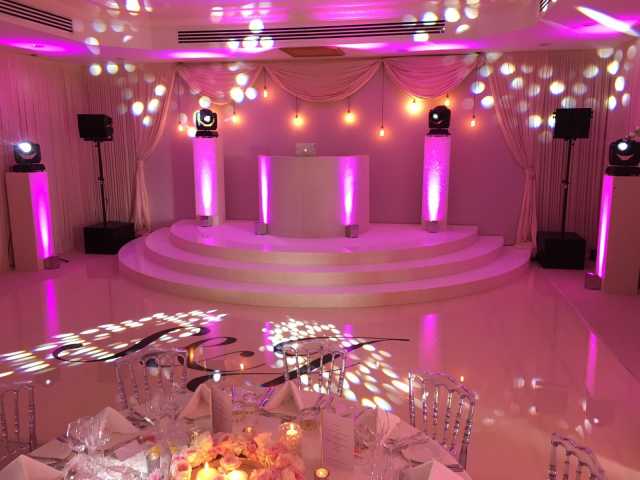 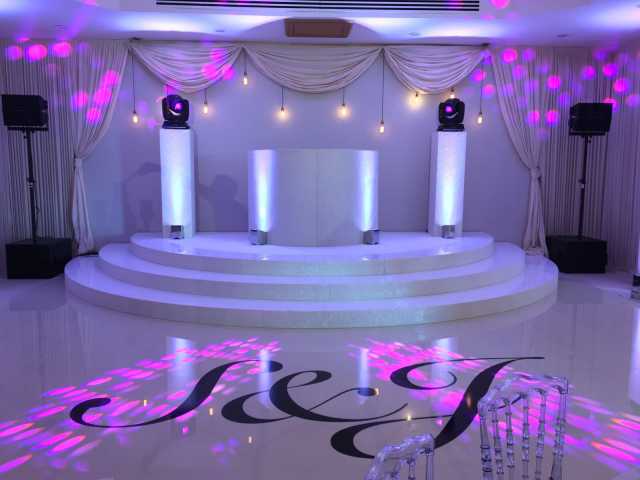 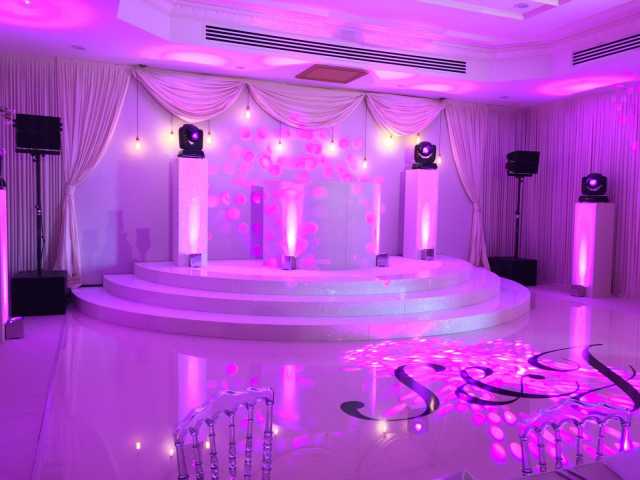